Melissa left the home of her boyfriend, Brian Kittle, on Blakeley Drive at about 8:00pm, after an argument.  She was believed to be headed to a friend, Lisa’s house.  Brian went after her, walking with her part of the way before turning back, leaving Melissa to walk the rest of the way alone.  Her destination was at Patricia Drive and Clara Street, about a mile walk in total, according to media accounts.

It’s been suggested that the above information, which has been published on various missing persons sites and in news articles, is at least partially incorrect.  Map searches show that the two locations are actually nearly five miles apart (close to a two hour walk). 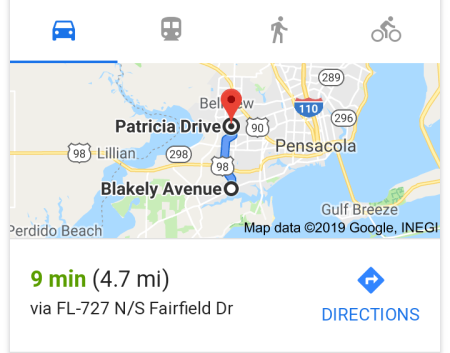 Someone with personal knowledge of the case believes that the home she departed from wasn’t Brian’s home, but that of a mutual friend, and that Brian lived much closer to Lisa’s home.

Strangely, Melissa’s purse was left behind.  In light of the confusion explained above, I’m not clear on exactly where the purse was left.  It wasn’t like Melissa to leave without her purse.  This has led both her family and authorities to suspect foul play, and Brian has been named a person of interest.  Law enforcement reclassified her disappearance as a homicide after statements from Brian and other witnesses were suspicious.

It’s worth noting that there are other questions as to the facts that have been reported on the case. An article published a few weeks after her disappearance states that Lisa had spoken with Melissa on the phone just before she left Brian’s home, and that she told her that Brian was going to walk with her.  This, of course, differs from recent reports of him running after her following an argument.

Melissa worked at The Original Point Restaurant on Interarity Road in Pensacola at the time of het disappeatance; her last two paychecks went unclaimed.