Randy was born in January 30, 1960 in Huntington, which is a town on Long Island in New York. He attended Sayville High School, which is not far from Huntington.   He sometimes went by his middle name, James.

He has lived in Buffalo, New York and Escondido, California, eventually ending up in Blacksburg, Virginia.

Its been reported that Randy suffered from mental illness, particularly schizophrenia.

He vanished in 1983, and there was a probable sighting of him boarding a bus in Christansburg, Virginia.  The bus had a final destination of New York City, passing through Delaware and other Eastern states along the way.

It seems that Randy’s family has had a great deal of difficulty in keeping the case active with law enforcement.  The initial missing persons report in Blacksburg was closed a couple years later due to there being no evidence of foul play.

Another attempt resulted in his case being entered in NCIC in 1991, but that entry too, was soon deactivated.

This leads me to a huge shout out to an individual who really stands out in law enforcement.

When I first looked into his case, I read the circumstances section of his NamUs profile.  It reads, in part,

“Note: Case is entered in Delaware, however individual is not missing from Delaware per se and never had actual residence in DE; last know location was Blacksburg, VA 11-24-1983. Reportedly was on a bus north-bound passing through MD, DE, NJ with final destination of NY

Randolph James Sedlack is not currently listed as a missing person with any law enforcement agency or in NCIC at this time.”

I was unsure as to whether there is an active file on Randy, or where Delaware came into play.

My next click was a Find-A-Grave page created for Randy.  When I saw who had created this page, everything suddenly made sense.

It was created by Hal Brown, the former medical examiner for the State of Delaware.   I immediately knew what had happened – it’s not the first time he has stepped in to get cases entered or get DNA collected for people who have nothing to do with Delaware.  He did the same for the son of Ida Dean Richardson-Anderson, who was also struggling with the law enforcement agency in Michigan who should have taken the report.

Mr. Brown is now retired, but his work that was often way beyond the call of duty continues to circulate. He picked up the balls that everyone else dropped.  We need more Hal Browns. 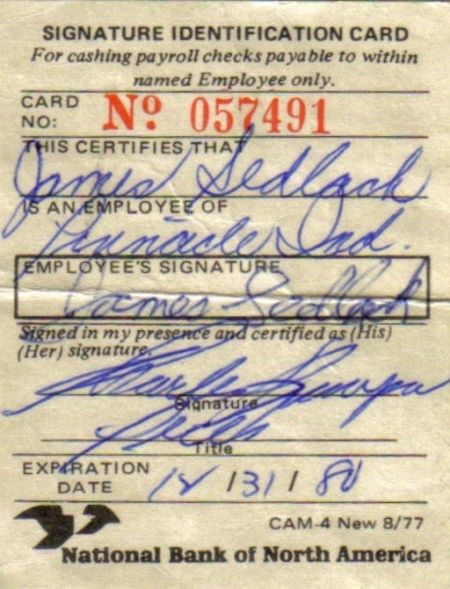 If you would like to support the efforts of Whereabouts Still Unknown, please use the links below. Donations are not expected, but are greatly appreciated and will help the site continue!

One thought on “Randolph Sedlack”